Belize is located on the northeastern coast of Central America. It is bordered on the north by Mexico, to the south and west by Guatemala, and to the east by the Caribbean Sea. Despite its small population of approximately 334,200 (2013), Belize has a diverse culture.

The history of Belize dates back thousands of years. The Maya civilization spread into the area of Belize between 1500 BCE to CE 1200 and flourished until about CE 1200. Several major archeological sites (notably Cahal Pech, Caracol, Lamanai, Lubaantun, Altun Ha, and Xunantunich) reflect the advanced civilization of that period. The recorded history of the middle and southern regions is dominated by Caracol, an urban political center that may have supported over 140,000 people. North of the Maya Mountains, the most important political center was Lamanai. In the late Classic Era of Maya civilization (before 1000 CE), as many as 1 million people may have lived in the area that is now Belize.

A unique and spectacular style, Maya architecture spans several thousands of years. Often the most dramatic and easily recognizable as Maya are the stepped pyramids from the Pre-classic period and beyond. These pyramids relied on intricate carved stone in order to create a stairstep design. At the heart of the Maya city existed the large plazas surrounded by their most valued governmental and religious buildings such as the royal acropolis, and great pyramid temples. 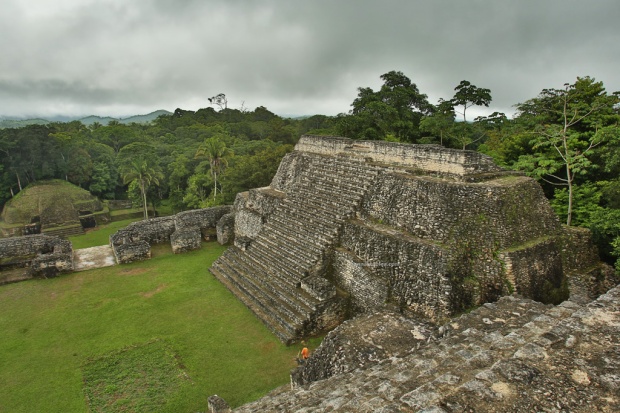 The first recorded European settlement was established by shipwrecked English seamen in 1638. Although spanish explorers arrived on its shores in the 16th Century. Great Britain first sent an official representative to the area in the late 18th century, and Belize was formally named the “Colony of British Honduras” in 1840. The official name of the territory was change to Belize in 1973, and full independence was granted in 1981.

In 1961, Hurricane Hattie destroyed the then capital, Belize City which is low-lying and coastal. Soon after, the government decided to move most of its offices and administrative buildings, including the National Assembly to a safer, more sheltered environment. A new capital city, Belmopan, was built 80km inland from the former capital.With a population of only 9,000 people, Belmopan is considered the smallest capital city in the world. Being a planned government community from its establishment in the 1970s it is often referred to as the ‘Garden City’ because of its well-manicured landscapes and many trees. The ‘Independence Plaza’ in the center of town houses the administrative buildings, including the National Assembly.

The National Assembly Building (designed by British architecture practice Norman & Dawbarn), like most of Belmopan itself, dates back to the early 70s. The layout of the Plaza is modelled on Mayan cities, and the National Assembly was designed to resemble a pre-colombian Maya temple as well as bearing the mark of brutalist architecture of the 70s. It is the home of Belize’s two houses of Parliament, House of Representatives (lower house) and Senate of Belize. The Building is flanked by two buildings that house government offices. 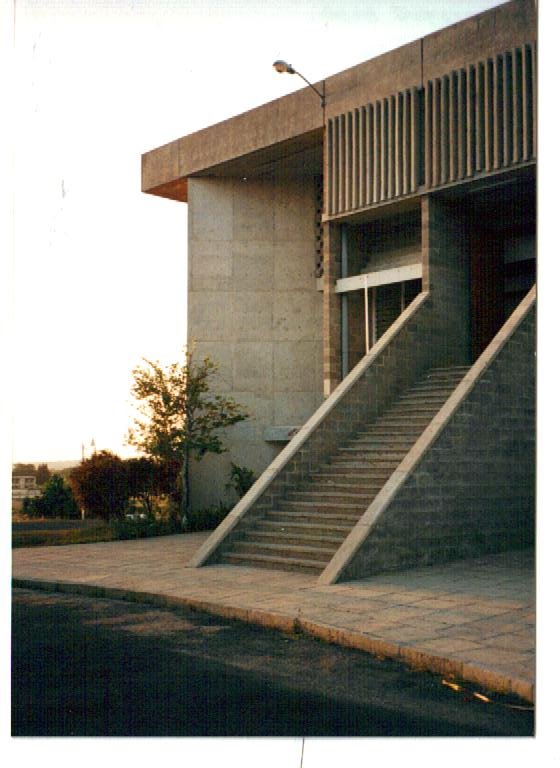 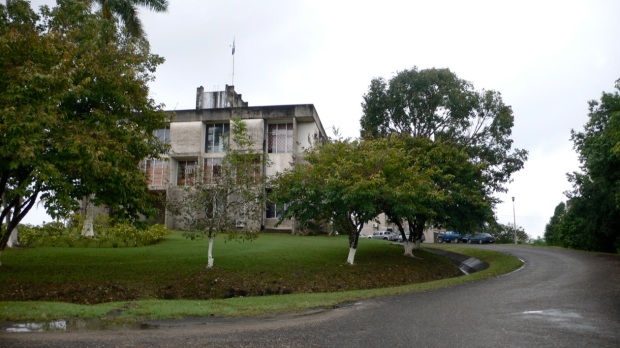